Dick Storm is the Founder and Senior Consultant at Storm Technologies, Inc. Dick has worked in the power industry for over 50 years and has achieved a global reputation of excellence, knowledge, and led STORM® to our continuous mantra of SERVICE/QUALITY/RESULTS. Dick has decades of experience with every aspect of pulverized coal, oil boilers, and engineered solutions for combustion improvement programs and has provided consulting services to the electric power, primary metals and heavy industries among an innumerable collection of other accomplishments. Dick is a contributing Editor to Power Magazine and one of the presenters of STORM®’s short course; “Large Electric Utility Boiler Combustion and Performance Improvements”. Dick continues as a Senior Consultant to the STORM® Team and serves as an ever-willing resource and mentor offering great strides in professional knowledge and development to any of our up and coming combustion engineers at STORM®. 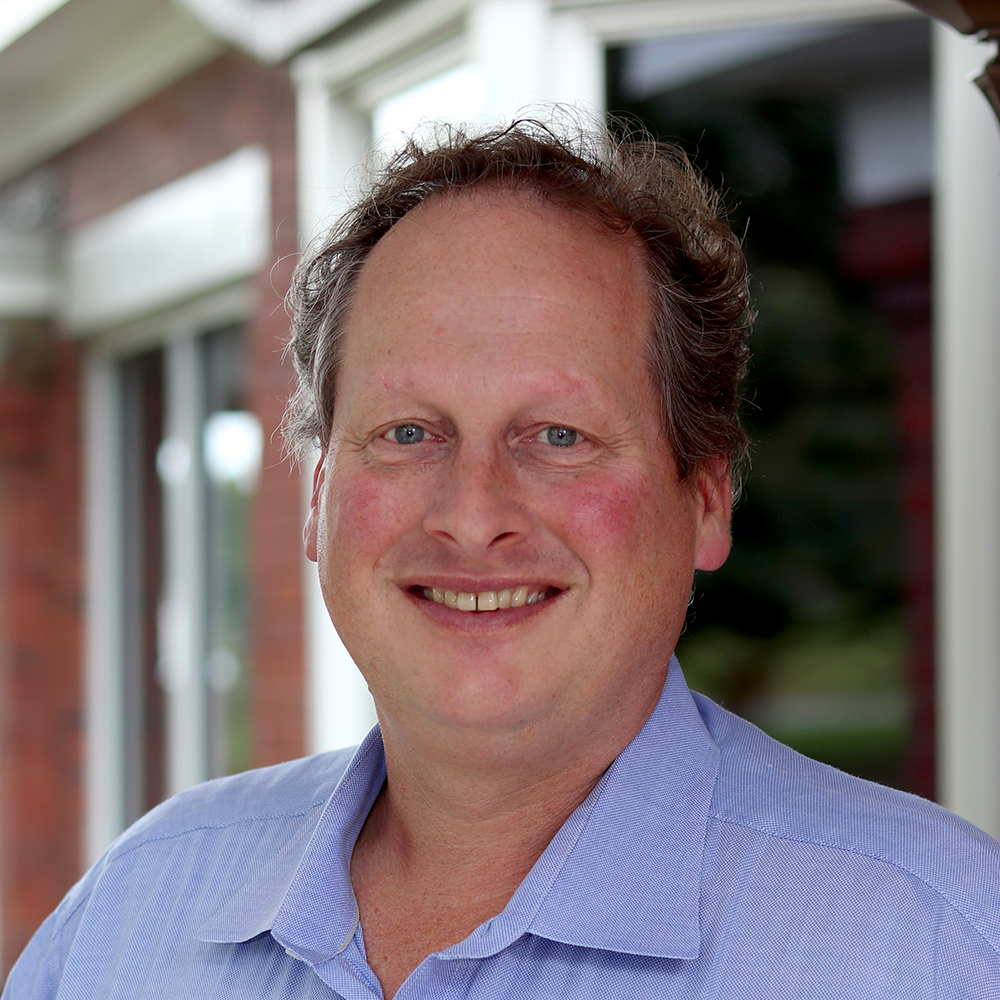 Danny has over 30 years of engineering experience and has worked at STORM® since it was founded in 1992. Danny held a variety of responsibilities in positions ranging from field service engineer to project manager and spearheaded numerous engineering projects and combustion improvement programs on the path to his current position as President and CEO of Storm Technologies, Inc. Within the Storm® Team, Danny has fostered a “Concept to Completion” culture including design, engineering and fabrication capabilities; all of which are completed in-house and in close collaboration with our customers to meet their individual and specific needs and schedules to provide our standard of SERVICE/QUALITY/RESULTS. Danny holds a BSMET from the University of North Carolina at Charlotte as well as an associate’s degree in Mechanical Design and Drafting. Danny’s current roles include senior consultant and presenter of STORM®’s short course; “Large Electric Utility Boiler Combustion and Performance Improvements”. Adam has been with STORM® since completing his BSME from North Carolina State University in 2002.  In that time, he has progressed from field service engineer to project manager to STORM®’s Chief Engineer/ Vice President of Engineering.  Adam has managed countless successful projects including many separate boiler optimization programs featuring completions of engineering designs, guidance for their installation, and technical review of their operation and benefits. Many of Adam’s projects have been centered around effective airflow management, boiler performance improvements, and the development of new boiler optimization products. Adam is a registered professional engineer in the state of North Carolina and is one of the presenters of STORM®’s short course: “Large Electric Utility Boiler Combustion and Performance Improvements”. 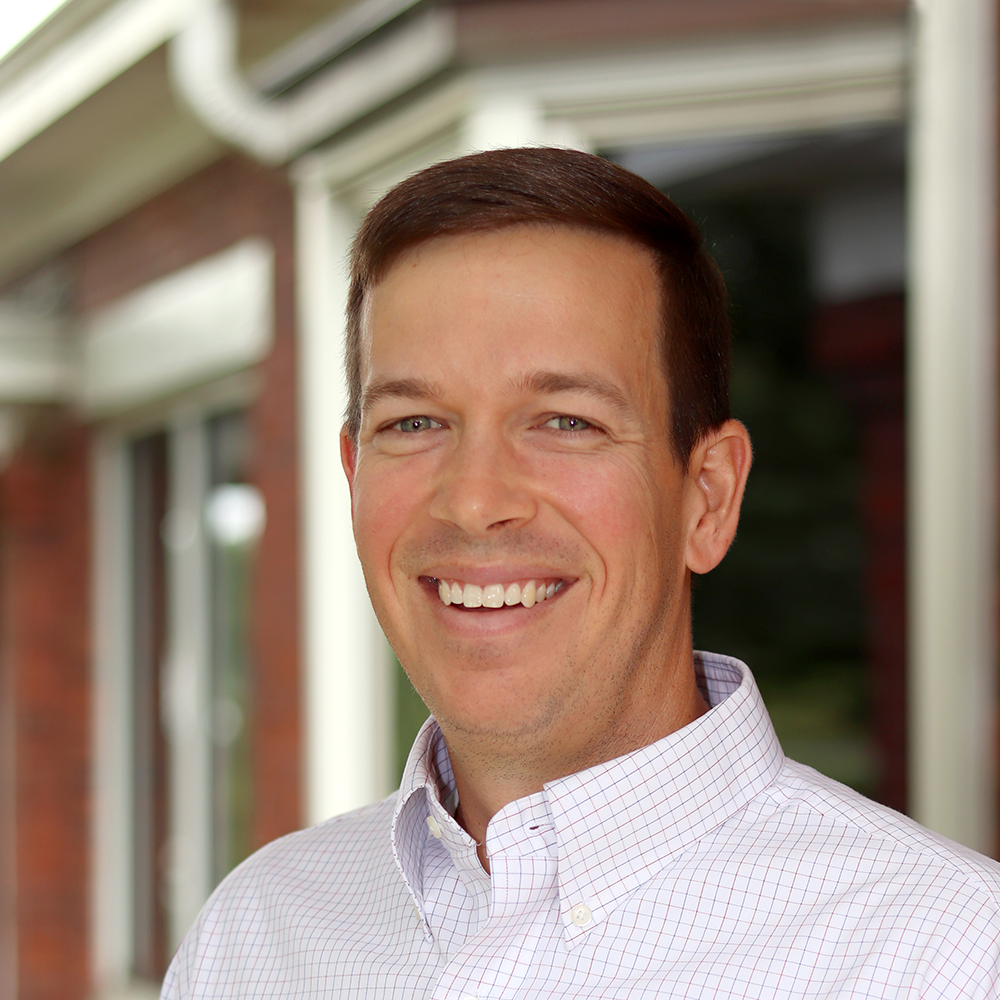 Shawn began his time at STORM® after completing his BSME from North Carolina State University in 2005. Shawn started as a field service engineer and worked his way up to service schedule manager and, ultimately, STORM®’s Vice President of Field Services. Shawn has orchestrated ASME efficiency testing projects on some of the newest coal fired boilers in the global power industry. In addition to these accomplishments, Shawn has managed a myriad of combustion optimization projects, both domestically and internationally, where STORM® was successful in improving the overall unit performance. He also works with the STORM® Team on developing new products, testing methods, and services to remain at the cutting edge of the industry. Shawn is a registered professional engineer in the state of North Carolina and is one of the presenters of STORM®’s short course, “Large Electric Utility Boiler Combustion and Performance Improvements”. 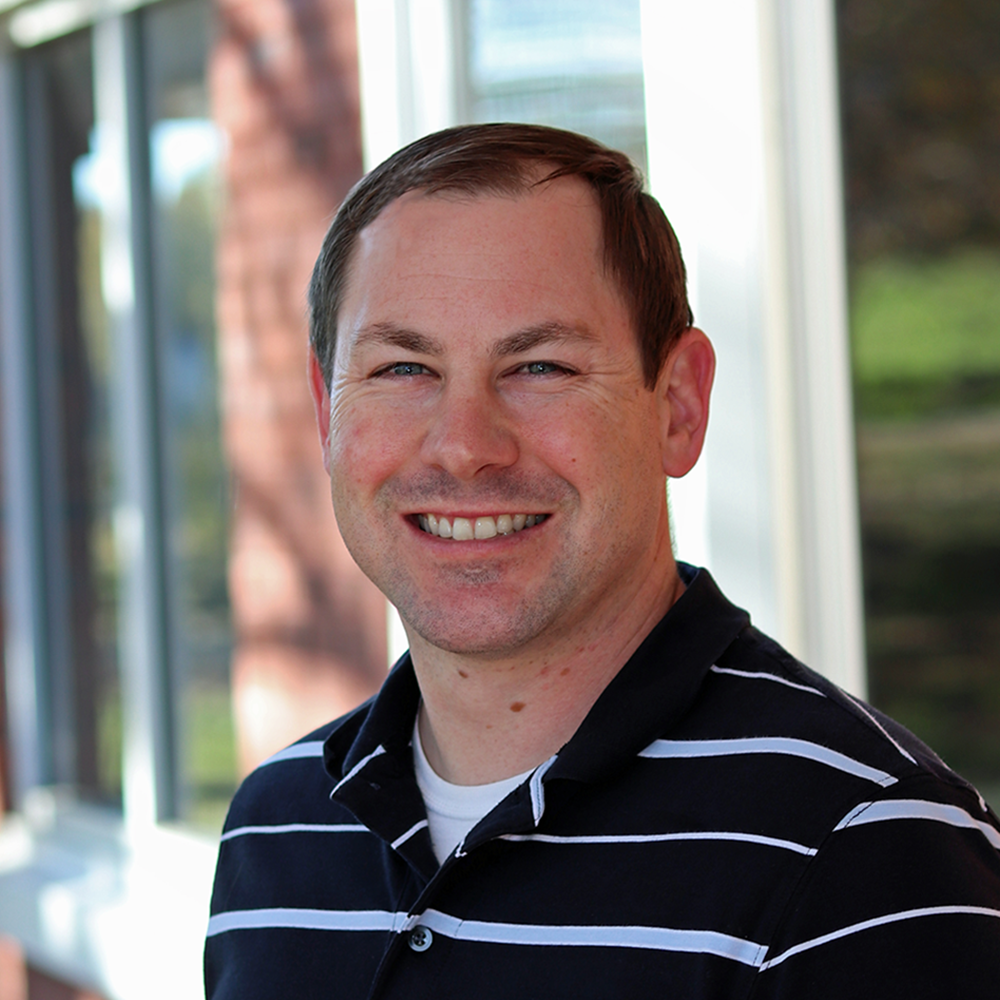 Jesse has been a valuable member of the STORM® Team since completing his BSME from the University of North Carolina at Charlotte in 2010. He began his journey with STORM® as a Field Service Engineer and, through exemplary work ethic and knowledge, earned his current role as the Engineering Project Manager, working as a much-needed bridge between our design and fabrication facility and our home office. He is also responsible for managing all of STORM®’s field equipment, consumables inventory, and the field technician team. Jesse takes great pride in leading R&D for STORM®’s specialized testing equipment and technological concepts. As an example of this, Jesse designed, built, and implemented training for STORM®’s first automated flue gas sampler, known as the SOAR System. This system has since become a staple for effective and efficient EPA regulated testing across the industry. However, the SOAR System is not his only contribution to the advancement of STORM®’s capabilities as Jesse has developed and built a plethora of various electronic devices and modifications to existing equipment used in the field every day by the Field Services Team. Finally, Jesse shoulders much of the workload surrounding CFD Modeling and has used this as a tool to offer an abundance of opportunities for boiler improvements to STORM®’s many customers. 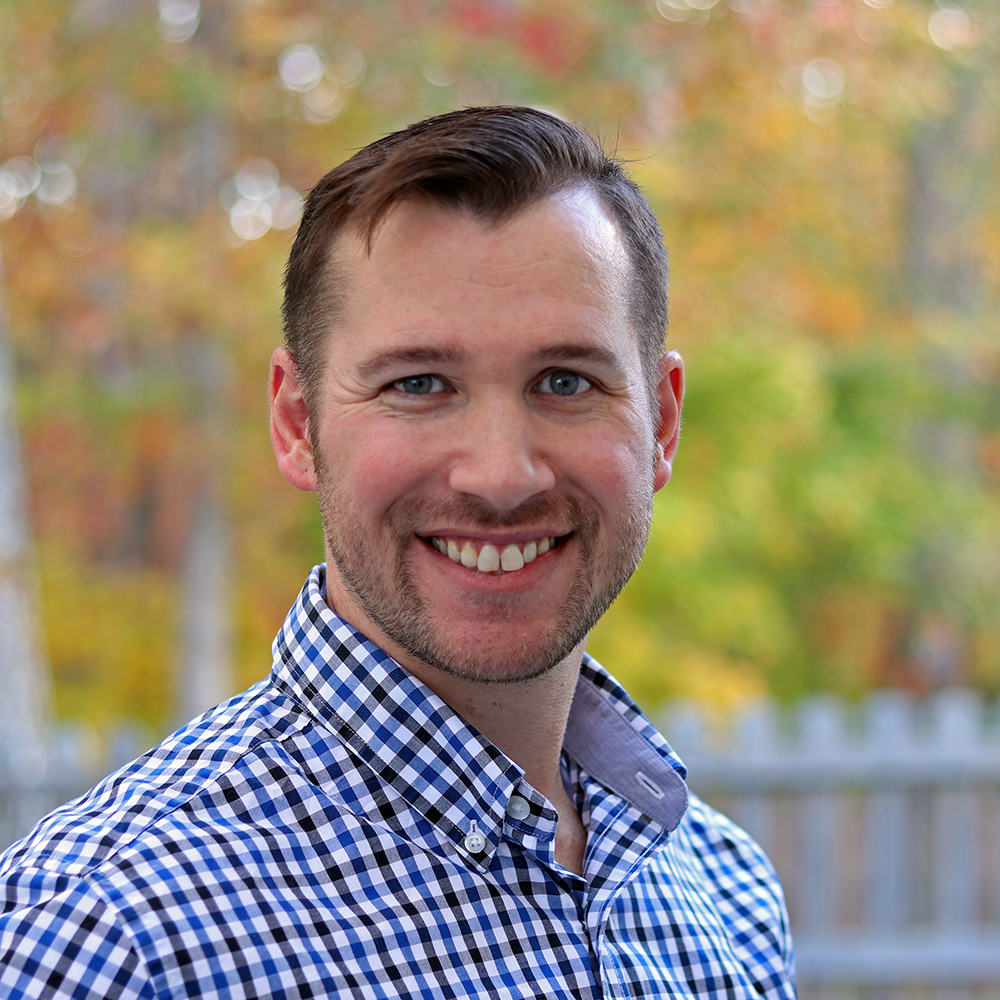 Joe began his time with STORM® upon completing his associate’s degree in Computer Aided Drafting from Pittsburgh Technical Institute in 2005. Joe has played a pivotal part in the success of the STORM® Team since the day he started; through supporting field services, executing the majority of STORM®’s drafting and design work, and even heading the graphic design production found in STORM®’s publications, reports, seminars, and website. As the Design Project Manager, Joe supports STORM®’s “Concept to Completion” concurrent manufacturing model by handling design, drafting, resource management and allocation, operations management, and quality management among many other key engineering tasks. Joe earned a bachelor’s degree in Industrial Technology/Manufacturing Systems from East Carolina University; a Lean Six Sigma Green Belt Certification through James Madison University; and is a certified professional in both SolidWorks and AutoCAD. 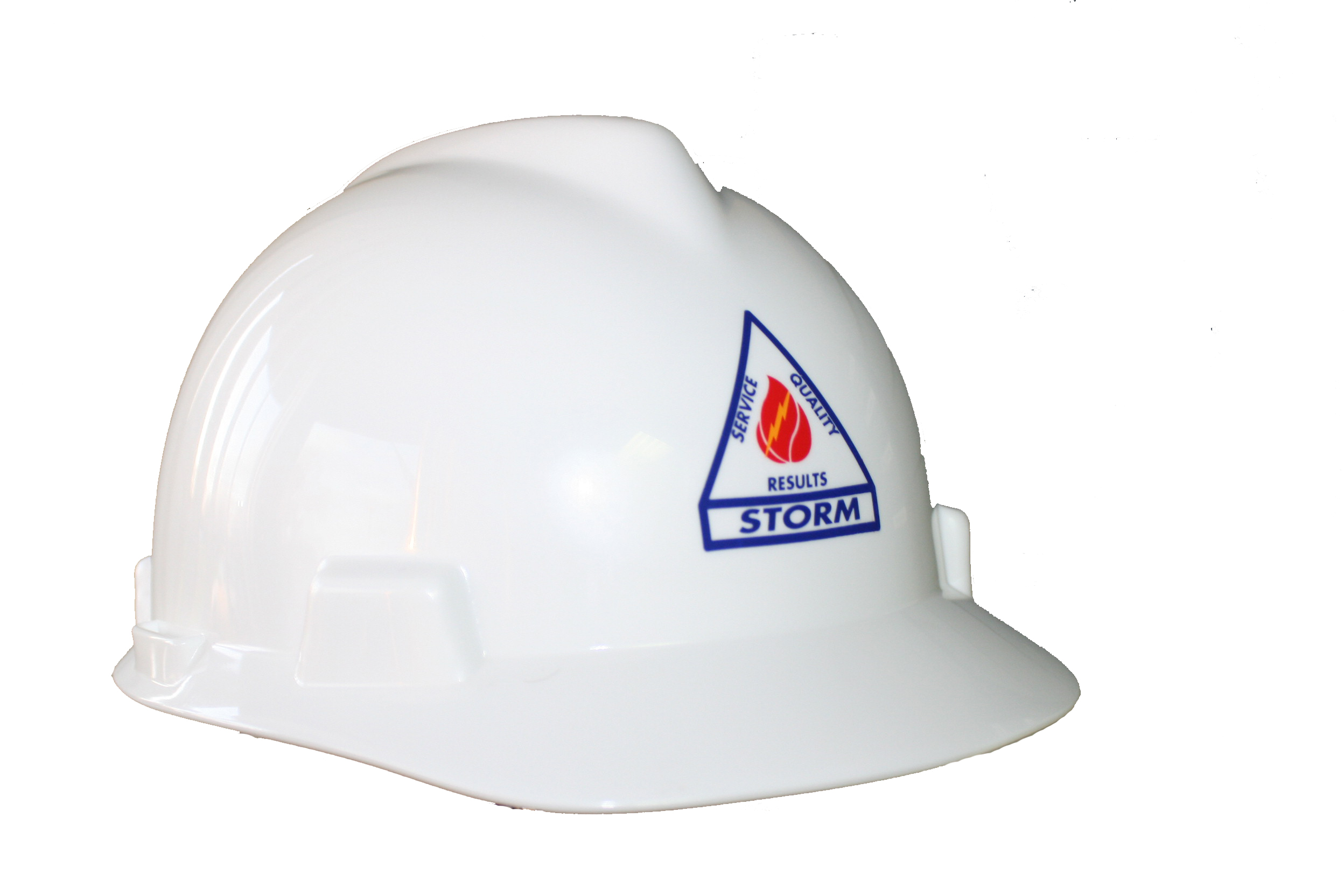 Laura has been an integral part of the STORM® Team since 2007 and fills a variety of roles within the company. She attended The University of North Carolina at Charlotte; where she earned a bachelor’s degree in Business Management. Her time and focus are allocated between responsibilities as Contract Administrator, Supervisor of STORM® Administration and as the Sales and Marketing Coordinator. Laura’s position at STORM® is constantly demanding as she remotely supports our field service teams by assisting with contractual needs and/or providing information required in the field. Laura also maintains daily logistic and business operations for both our home and western region offices along with assisting the management team in planning for future needs. Jake first worked with the STORM® Team in 2011 as an engineering intern while completing his BSME from North Carolina State University. Once he graduated in 2013, he worked for a short time as a full-time Field Service Engineer before leaving to further his power engineering experience by managing the plant at North Carolina State University. In 2018, with a freshly awarded NC Professional Engineer Certificate and the goal of expanding STORM®’s reach within the U.S., Jake returned to STORM® and worked his way up to Western Regional Manager. In 2020, Jake relocated from Albemarle, NC to Loveland, CO where he opened STORM®’s first regional office. Jake currently supports our Field Services capabilities by providing STORM®’s western U.S. customers with our industry-standard testing and tuning efforts while reducing costly mobilization expenses and response times due to lengthy travel requirements from the east coast. Jake has been granted the opportunity to lead multiple combustion optimization projects; both domestically and internationally. Embracing his western U.S. goals, Jake is now a licensed professional engineer in both North Carolina and Colorado.